This is the first of a series of blog posts about the last major project I have been involved with.

The Bigger Picture has essentially been a conservation project with the primary theme being the Humans who are involved with the effort to counter poaching in the African country of Zambia.

By way of a back story as to how the project came about I’ll talk a little about myself then introduce the other people who are involved as well as a brief overview of the organisations who have played key roles in the project.

If you haven’t read the brief text on my website homepage then you may not know that I am a military veteran. This simple fact has probably been the single biggest reason the project in Africa was initiated and ultimately completed. The support network for veterans in the UK is good and if you really need help then there are places where that can be found. However, if you are simply leaving the forces because you have finished your time served then a lot of the responsibility falls on the individual to work out what they intend to do.

In the spring of 2016 I was nearing the end of my degree. A degree that was funded by the military as part of the resettlement programme they offer and all part of my plan to become a photographer as a full time job. During the final few months of my course I attended a networking event run by a charity called Heropreneurs. I didn’t quite know what to expect when I signed up for it but essentially Heropreneurs exists to help ex-military people find backing for any entrepreneurial ventures they may have. The events take place every month or so in London and normally consist of a guest speaker followed by the opportunity to network with everyone else who attends.

It was at this meeting that The Bigger Picture project was born. Following quick public introductions around the room by every individual it became apparent that along with one other person I was the only creative there. Freddy Paske, Artist, was also at his first event and had recently left the British Army so there was instantly common ground.

I got chatting to Freddy and within minutes we both expressed a very keen interest in returning to Afghanistan as artists rather than soldiers. Much the same as myself, Freddy had limited opportunity to be creative whilst fighting wars so to return and concentrate on creating art and making pictures was very much on our radar. Then we thought about it! Afghanistan is a wonderful country with stunning scenery, fascinating culture and some amazing people but ultimately still a very dangerous place to operate.

After about a week, with the conversation ringing in our ears, Freddy suggested travelling to Africa instead and doing something to help Anti-poaching. Politics aside I think that once you have served your country and that mindset is part of you then doing something for a reason almost becomes instinctive. Personally the idea of doing something to help others is something that comes naturally. I’m also not a fan of waste, physical or otherwise, so using my military experience as well as my photographic skills was a no brainer. 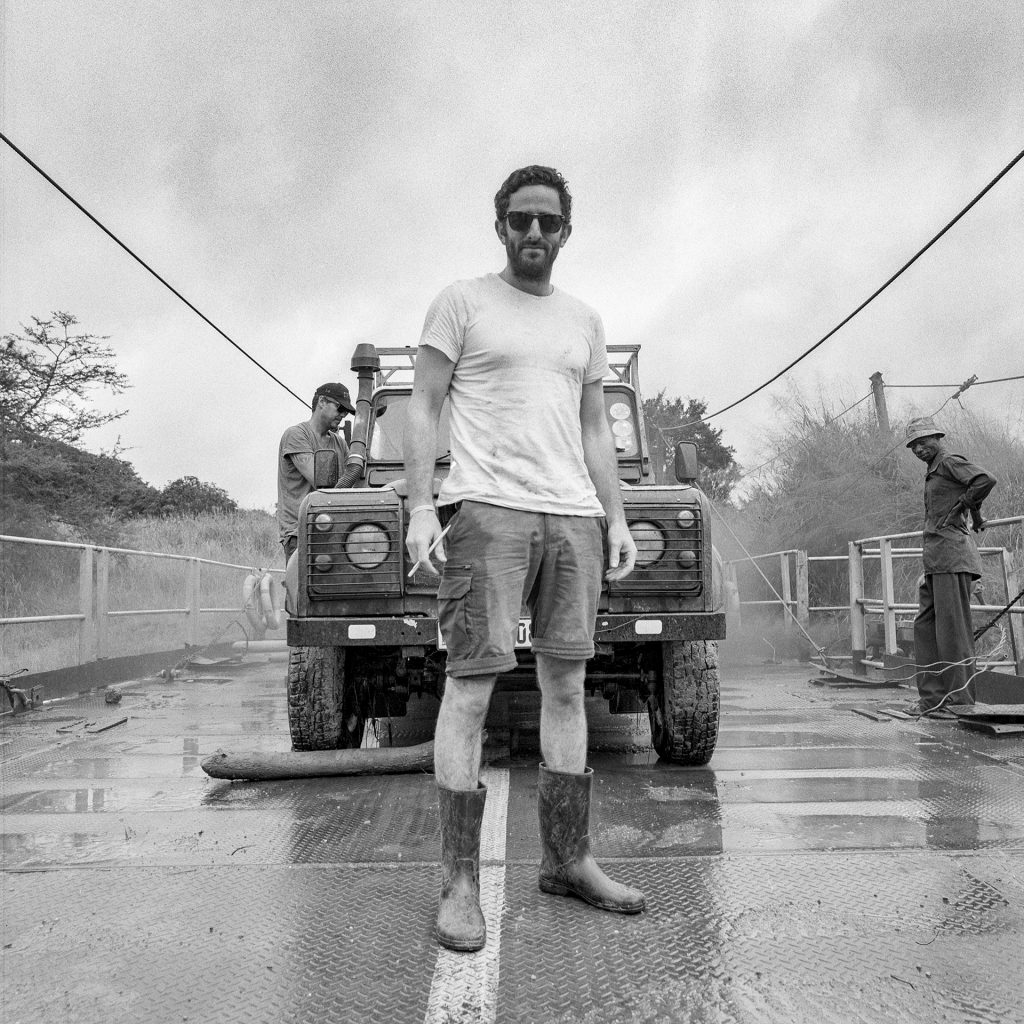 As the concept developed we realised that we would need some sort of backing to make it happen. Neither of us are independently wealthy and we knew we would likely be giving our time for free to make the project work.
We came up with the idea of Art, Photography and Film to document the people behind Anti-poaching. Shortly after the decision was made to concentrate on people rather than animals we also decided to approach the David Shepherd Wildlife Foundation. As an organisation they have global reach and support multiple conservation projects, including Anti-poaching. The DSWF liked the idea of the veterans aspect as well as the emphasis on people so put us in touch with a project that they help to fund. Game Rangers International is a NGO that supports multiple Anti-poaching Units across Zambia and they were to be the subject of our project. They even have their own Special Anti-poaching Unit which we ended up spending a lot of time with.

To say that myself and Freddy were quickly getting out of our depth as our ideas out grew our connections would probably be true. Thankfully I bumped into someone who I had briefly met almost three years previously whilst I was still serving. Liz Parker is a professional charity fundraiser and co-ordinator and when I mentioned the project to her she was immediately interested. Myself and Freddy had already costed the project and figured we would have to raise the money through crowd funding and small sponsorship deals. Liz had other ideas, she was confident of getting a sponsor to cover the whole project so joined The Bigger Picture team. All I can say is never underestimate chatting about what you are up to because if I hadn’t and Liz hadn’t come onboard I very much doubt the project would have happened so quickly, if at all. 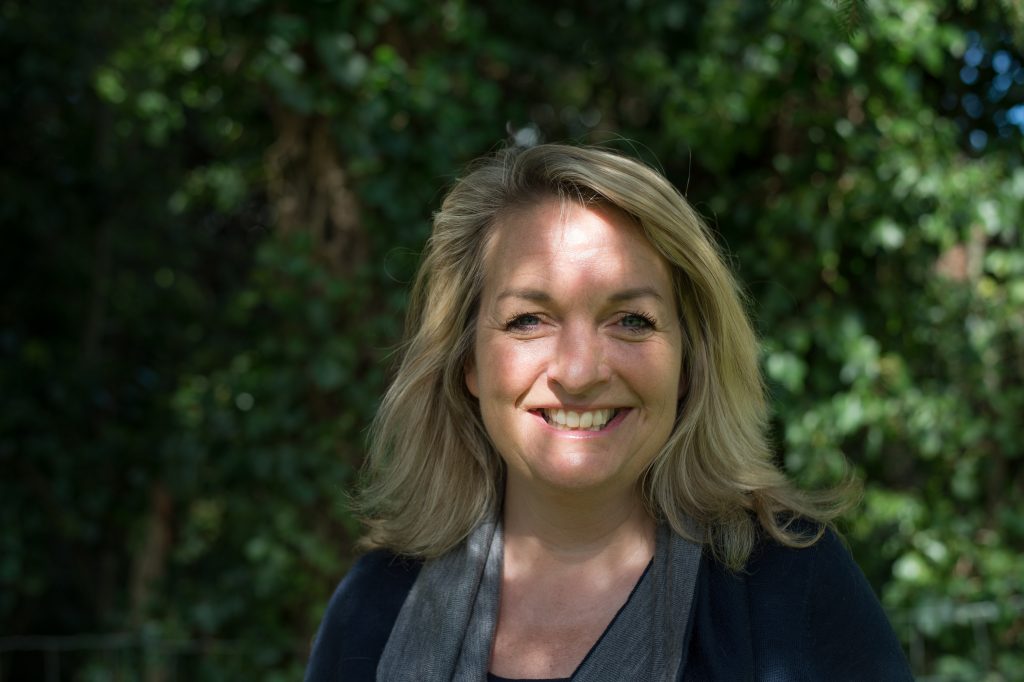 Next up was the task of finding a documentary film maker who could fulfil that part of the project. We tracked down a few and ended up interviewing two people in Bristol one afternoon. One of those people was a Belgian man name Dieter Deswarte. He got the gig.

Dieter is a well established documentary film maker who also lectures at a London University on the subject. He joined the team relatively late and even though he had no military experience had no problem fitting in and quickly getting up to speed with what we were trying to achieve. He maintains a similar ethos with his film work and is always keen to do things for a reason and at the same time help others. Attending a short survival course early in 2017 prior to departing helped us get to know each other and perhaps put his mind at rest about any potential dangers we might face in Zambia. 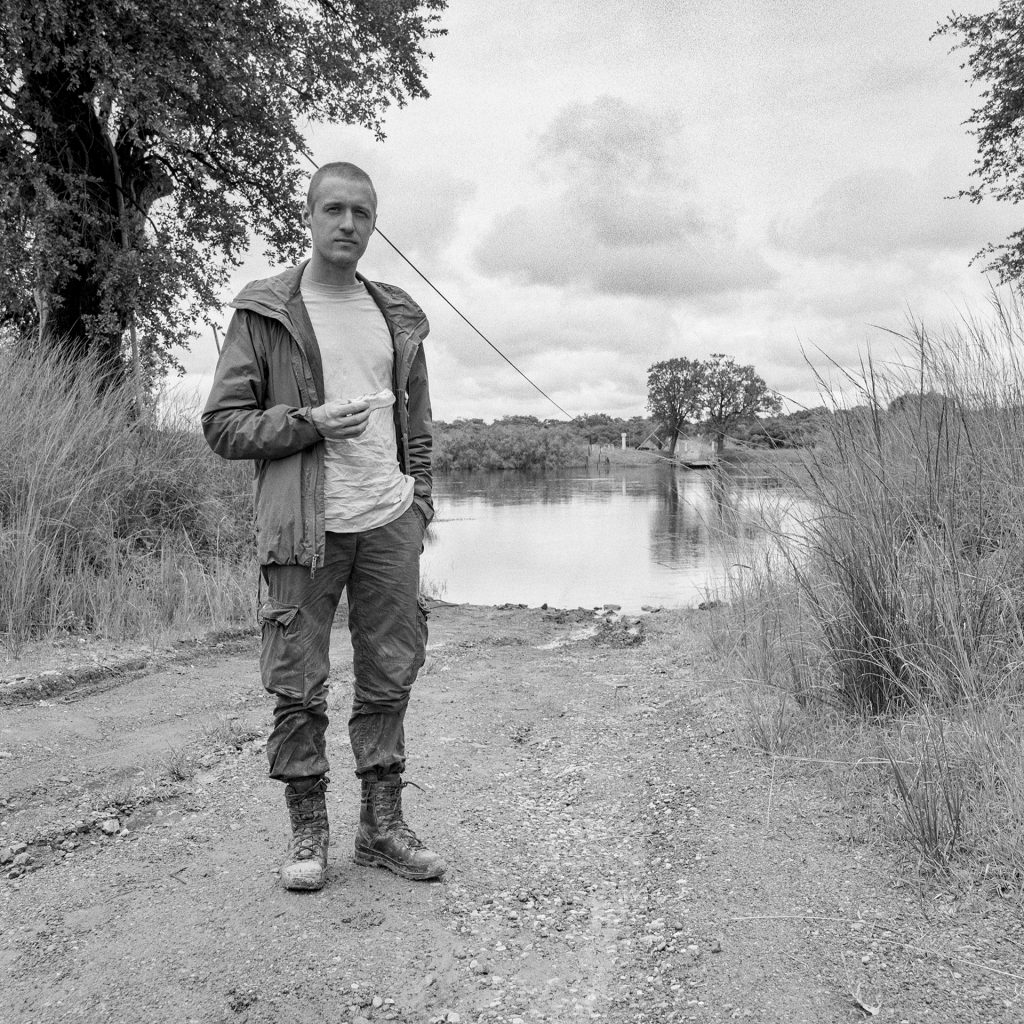 In terms of our timeline we were probably a little behind the curve until Dieter joined us but with the backing of DSWF, a country to go to and a host, the planning went into overdrive. I’ll talk a little about planning on a personal level in another post but key factors in the latter part of the year were funding and the admin associated with travelling to Africa. Vaccinations, visas, insurance and the relevant clearances to operate as press all had to be in place. Kafue National Park is managed by the Zambian Government so the paperwork had to be spot on and all the fees paid prior to arrival otherwise we wouldn’t have been able to work.

Our funding for the project came from a sole sponsor who Liz worked with to secure the required amount. Janus Global, a security company who operate Worldwide on various projects such as De-mining and providing security for various commercial operations were keen to fund a project involving veterans that could also help with stability in the region. As I’ve mentioned previously, I very much doubt the project would have happened so quickly without them.

All told, from meeting Freddy at the Heropreneurs event to holding our exhibition alongside The DSWF Wildlife Artist of the Year 2017 at The Mall Galleries in London took a little over a year.